Today, Ashlynn Pearce is joining us to share the first of her Dirt Slap series. Trust me, you don’t want to miss this series.

Is there any line she won’t cross?

Cassie Dalton escapes her narrow-minded hometown and will do whatever it takes to make a life for herself—on her own terms. Getting stranded in Nashville on her twenty-first birthday is fine…running into the one man she never thought she’d see again is mind-blowing. She doesn’t want, or need, a hero, but he opens her heart to feelings she’d stopped believing in. She’s always loved him, but is he worth risking her heart?

Thrand Medlam is content with his life as a studio drummer, until Cassie slams into his world at full throttle. Grown up and running wide ass open, she sparks the fire he never knew he’d lost. The girl from his past digs up all the regret and remorse he’d buried when he left. Torn between the guilt of long ago and the vibrant girl in front of him, he must make a choice. Honor a promise he made to his best friend, Cassie’s dead brother, or love her.

In the midst of their chaos, a band, with a little bit of country, a dash of metal and a whole lot of dirt, is born…DirtSlap.

Cassie Dalton agreed to meet me at a bar in Nashville. She insisted on it actually. It’s loud, crowded and there is a mechanical bull in the corner. How we’re supposed to carry on a conversation with all this chaos, I have no idea. She was supposed to be here twenty minutes ago, when a tall blond girl in tight jeans and a tee shirt that had been cut to show off a strip of tanned flesh came in. She gave high-fives to several girls and guys, grabbed a beer from the bar and sauntered over to me. Her smile was wide and her green eyes gave me a once over before she turned the chair around, straddled it and her arms were draped casually over the back.

“I’m guessing you’re the lady who wants to interview me?” She takes a long swallow of her beer and pushes at her hair. Which hangs loose and long down her back.

“I guess my attire gave me away.” I blink, because this was not who I was expecting.

She laughs. “You might say that. We don’t see a lot of suits in this place.”

Okay, so maybe slacks wasn’t a good clothing choice on my part, but this is about her not me. “Thanks, for coming. My first question, what is your idea of perfect happiness?”

Her brows shoot up. “Shit like that, huh? Alright. But that’s easy…not being in Woodbridge Grove, Oklahoma. That is happiness.”

Odd answer, but I continue, “your greatest fear?”

Her head falls back on a deep laugh before looking me right in the eye. “Fuck fear.”

I wait, thinking she’s going to say more. Nope, she just drinks her beer and eyes the mechanical bull. “What do you consider your greatest achievement?”

“Getting out of Woodbridge Grove.”

“Is that your hometown?”

She nods but again her attention is drawn toward the band setting up on the stage and adds nothing more.

“Alright, what quality to do you most like in a man?”

“Hot?” She smirks and sets her beer on the table. “Naw, not really. Being honest with yourself and others. It’s a waste of time lying to yourself. And I hate wasting time.” With that she fiddles with a really worn leather cuff on her left wrist.

She snorts. “Anywhere not Woodbridge Grove.”

“I’m seeing a pattern here. You don’t like your hometown?”

She levels her eyes on me. “Understatement of the year. Are we almost done? Cause that mechanical bull has my name on it and I want on it in a bad way.”

“Uh, yeah. Last one. What do you regard as the lowest depth of misery?”

She pales and her lips part. She stands and downs her beer. “When my brother died. I’m done here.”

Like a switch, she grins and stalks toward the bull. I stay long enough to watch her climb on and let out a yell as it starts to rock. Needless to say, she’s got an audience full of guys, but she doesn’t seem to notice them. I get the impression she’s just doing her thing. I would love to have a smidgeon of that wildness. As I leave, I wonder what kind of guy could rein her in.

Were it not for hope, the heart would break…

Once upon a time…You ain’t gonna believe this sh**!

(I always wanted to start a bio like that!) But seriously—scrap that, I’m not serious, but I do love to write. Create characters. Give them hope that there is something better around the corner. It’s my passion. I live and breathe stories. When I’m not arguing with the characters in my head (yes, I do that, you can ask my hubby who thinks I’m nuts btw), I’m taking care of said hubby, my two kids and a melee of furbabies. I’m Okie born and bred and, yes, we get a lot of twisters and, no, there aren’t any teepees around that I’ve seen. Come on over to my website to figure out what I’m cooking up next!

This site uses Akismet to reduce spam. Learn how your comment data is processed.

A dystopian novel, this WIP is a story of duty, love, and loss through the eyes of its young heroine, Mila.

A short story about life-long friends who find their happily ever after with each other. 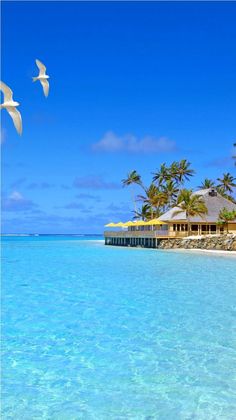